Understanding the Nature of Missions Today 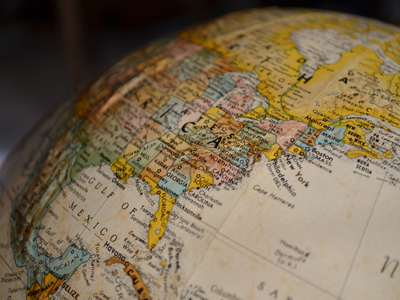 Never before in mission history has the world existed as it does today – never before have the opportunities for harvest been so favorable, and never before has the need for mobilization been so urgent!

Through the amazing efforts of the missionaries laboring in the first and second eras of the modern missionary movement (1792 – 1980), the Church in the non-West has grown from 1% of the global Evangelical population, to around 70% today.

Fast forward to our generation and we find the world today a very different place. There is a harvest to be brought in – it’s the ‘task remaining’ of some 7000 unreached people groups(UPGs), which represent the most ‘gospel resistant’ of all the people groups on the planet.  However, today, thanks to the efforts of those pioneer missionaries the Church now exists on every continent and in every country of the world. And thanks to globalization the Church and the unreached now exist side by side, in close proximity to each other (close geographically and often culturally).

For the first time in mission history, reaching unreached peoples and seeing break-through harvests, can best be achieved through E2 (near-neighbor) missions as opposed to E3 (distant peoples).

Let me provide a few examples on how Near-Neighbor mission could result in break-through harvests!

Today Kenya is home to more than 20 million Evangelicals (more than in the whole of Europe). It also hosts some 30 unreached peoples and borders Somalia. In fact there are more than two and a half million Somalis living across the border in Kenya. Mobilizing the Kenyan Church to reach the unreached in their own country (E2) as well as the Somalis (E2) makes good, strategic sense.

Indonesia is home to some thirteen million Evangelicals (the second largest Evangelical population in South East Asia). It also hosts the largest Muslim population in the world (229 UPGs). As with the Philippines, the mobilization of the Indonesian Church to reach the least-reached in their own country (E2) must be the best strategy for evangelizing Indonesia.

India is home to some twenty-six million Evangelicals and hosts over 2300 UPGs. India already is just behind the USA in missionary sending with the vast majority going cross-culturally within their own country (E2).

Germany is home to more than one and a half million Evangelicals and has a rich history in cross-cultural missions. It also hosts some twenty-one UPGs including two million Muslim Turks and half a million Muslim Kurds. German believers have an unprecedented opportunity to engage in cross-cultural missions within their own country where their level of influence with unreached peoples is greater there than anywhere else in the world where they might serve!

USA is home to over ninety million Evangelicals and host to some 69 UPGs including some five million Muslims, over two million Buddhists and more than one million Hindus. Never in its history, has the Church in the USA had such significant opportunities for cutting edge, cross-cultural mission that is able to be carried out in their own back yard!

UK is home to more than five million Evangelicals. It also hosts some thirty UPGs including nearly two million Muslims and half a million Hindus.

Near-neighbor missions should be prioritized as the strategy of our day!

Traditional (E3) missions will continue, and indeed, needs to. There will be some situations where E3 is the only option possible, however, this will increasingly be the exception. The rule will be near-neighbor (E2) missions!

For this near-neighbor potential to be fully realized – mobilization is the single most critical component. It is needed to help all believers catch and internalize a truly Biblical world-view that God has reconciled us to himself and has given us the ministry of reconciliation – God is making his appeal through us (2 Co 5:18-20).  It is needed to help change the perception that missions is always the result of air travel to a distant country and for churches to realize that cross-cultural training needs to be a standard part of every church’s discipleship program.

For this level of mobilization to be realized in all countries from Germany to Indonesia, from Kenya to the UK and from India to the USA  – we need the formation, in every country, of the ‘Tribe of Mobilizers’ and ‘Mobilizer Khevras’.

It is no coincidence that God is emphasizing the emergence and formation of this ‘lost tribe’ of the Church, at the same time as global conditions favor an entirely different approach for world mission.