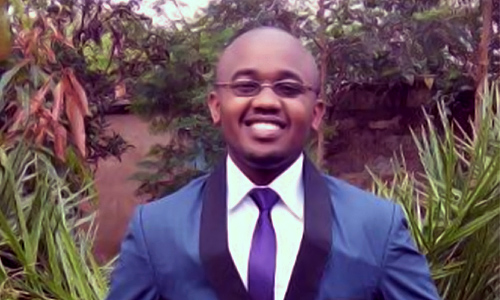 The Kairos course was “a life changing moment” for Dennis Mutua who grew more “intentional” in reaching people for Christ ever after.  The youth worker in Kenya attended the course August 2011, in a local church at MOI University, Kenya, along with other university students.

“The main highlight for me was the understanding of the concept of mission being the basis of the Bible” Mutua said, adding “After the course, I have been more intentional in being involved in reaching out to the unreached. I have grown in being a world Christian who is passionate in the purpose of God for all nations.”

Mutua went on to say that before the Kairos course, he was rather indifferent to the unreached nations in his continent of Africa and indifferent to the unreached nations in the rest of the world that God’s people had not yet reached.. “I assumed that evangelism would be sufficient to reach the remaining unreached and cross cultural workers would not be needed. Kairos basically revealed God’s heart to me which is for all nations to know and worship him. It ignited a fire in me to be involved in what God is doing all over the world,” he said.

Mutua also noted, “The insight made by Dr. Ralph Winter about the overarching chronology. This insight of having the Great Commission as the main purpose and having God’s heart for all nations being the priority of all believers. This has become my motivation, to be focused on advancing God’s purposes.”

Mutua’s opportunities after the training included mobilizing youth and more involvement in world missions. “I am currently involved in student and youth mobilization and discipleship in my local church as well as in various colleges and universities around my country,” he said.

According to Sam Ngugi, a SM mobilizer in Kenya, the participants, at that time, about 30 youth aged 21-24, came from churches of different denominations in every part of the country. He recalled that his team worked with the Christian Union, with membership of over 1000, in organizing the Kairos course.

“The course was arranged to help the youth see themselves as a labour force for the Lord’s harvest field. Hence, it was a success in that it energized the students to impact their community as World Christians for fruitful involvement in the fulfilment of the Great Commission locally and globally,” according to Sam.