Our beginnings in Cebu

Our ministry began in Cebu City, Philippines in the late 1970s, with a vision to see a strong national church emerge.  We expressed our teaching ministry in the form of interdenominational leadership seminars and a teaching magazine called ‘Life in Christ.’

Our Move to Butuan

In the early 1980s we moved to Butuan City on the southern island of the Philippines, where our International Center is based today. In the late 1980s we added a three-month Ministry Development Course (MDC) with the aim of preparing a new generation of church leaders for ministry.

In 1989 we were challenged to do something about the unreached people groups in the Philippines, so in 1989 and 1990 we conducted two Mission Awareness Seminars on the southern island of the Philippines. These seminars drew the Filipino Church’s attention to the millions of individuals that were virtually untouched with the gospel, within their own country. While the response to the challenge was overwhelmingly positive, the lack of education and understanding of cross-cultural mission was a major obstacle. Foreign missionaries had failed, by and large, to teach on cross-cultural mission and the Church’s responsibility to reach out to near neighbor unreached peoples.

To address this need we developed a mission course, which is now known as the Kairos course. It was based on Dr. Jonathan Lewis’ three- volume ‘World Mission Book’ focusing on four areas of mission concern – Biblical, Historical, Strategic and Cultural. Much of this was taken from ‘Perspectives on the World Christian Movement,’ a study course produced by the Institute of International Studies at the US Center for World Mission. Our center where we ran the mission course was known then as Living Springs International.

More than twenty years on, the Kairos course is conducted in more than 90 countries worldwide.  For many Christians it has been a significant factor in the development of a biblical worldview and in understanding God’s heart for the nations.

The Simply Mobilizing(SM) movement was launched in September 2015, at our International Conference in Chiang Mai, Thailand. SM is the outgrowth of the Kairos Course movement and introduces multiple mobilization courses and programs both for Christians to be used primarily in local churches, and for church leaders. SM is also focused on the development and training of mobilizers to enhance and grow this important ministry of mobilization.. 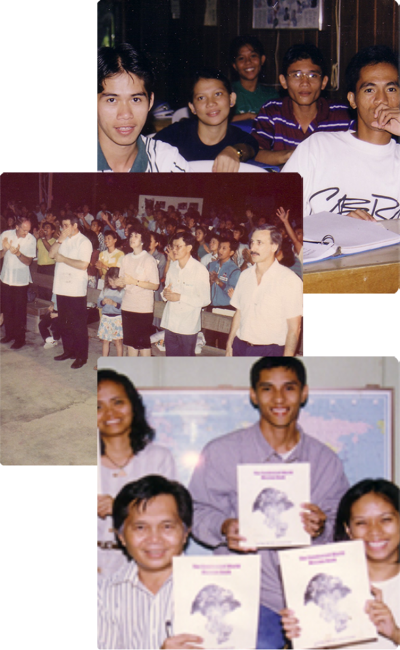 Our journey into SM