Mobilizers and the ‘Go’ in the Great Commission

For apostles/ charged with taking the gospel to regions beyond/ this is never in question. It is expected that such missionaries would ‘go; uproot themselves and their families and relocate to where their ministries would be most effectively employed!

Little thought, however, is given to others who should also give careful thought to the location of their ministries and be prepared to relocate to strategic places!

We perhaps need to be reminded that the Great Commission did not begin in Matthew 28 but in Genesis 12 – where God called Abraham/ the father of all believers and not just of frontier missionaries1   to leave his father’s house and journey to a distant land for God’s missionary purpose!

We are all children of Abraham and heirs of this promise (Gal 3:29). We are all part of this ’cause’ of blessing nations – the only difference is we play different roles!

Mobilizers, next to Apostles (church planters among unreached peoples), play a critical role in blessing the nations. We inspire, educate and challenge the Body of Christ towards involvement in the Great Commission. In this day near-neighbor (E2) ministry is without question the most effective means of reaching the world’s remaining least-reached peoples. The Church, closest to the least-reached, needs to be awakened, the apostles need to be called forth. This is the job of the mobilizer/prophet! 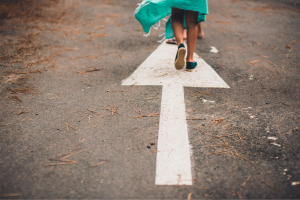 The ‘GO; therefore, applies equally to mobilizers/prophets as it does to apostles. Too many ‘mobilizers’ haven’t yet caught this vision. They somehow feel exempt from the ‘Go’ as if a special dispensation has been granted them!

One of the greatest needs today is for ‘mobilizers’ to catch the vision of starting ‘movements’ of churches mobilized for cross-cultural missions – tomorrows apostles are today in local churches and await their calling! In the Philippines, in the 90s, we saw such a movement launched with hundreds of churches being mobilized and scores of ‘apostles’ responding to the plight of the unreached. The result, all unreached peoples in southern Philippines gained access to the gospel. This movement was started by the ministry of mobilization and sustained by the ministry of mobilization.

Mobilizers need to ‘toughen up; take their calling seriously1   and begin to see their ministry as essential and not an appendix in the Body of Christ. If we don’t prophecy to the Church regarding the plight of the unreached and especially the unreached on their doorstep/ who will? Too many mobilizers blame pastors for not mobilizing their congregations but it’s not their job – it’s yours! Neither is it the job of the evangelists, teachers and apostles – it’s the job of the prophets!

Max Chismon is the International Director of Simply Mobilizing International (SMI). He and his wife founded the organization in response to a clear call to help mobilize the Filipino Church towards cross-cultural ministry to unreached peoples.
PrevPrevious PostThe Ministry of Mobilization — A Summary
Next PostIs this the Most Inspired Idea to Accelerate Missions Today?Next