The Three Levels of Mobilization

Mobilization for the participation of all God’s people in the world Christian movement has three main levels.

Level One I call General Mobilization. The goal of general mobilization is to see believers become ‘world Christians’. World Christians are those who understand that Christianity is NOT essentially all about them but all about God and God’s purpose (2 Co 5:18-20). Our Story finds its significance in His Story!

Ministries (courses and programs) designed for producing ‘world Christians’ should be local church based and student ministry based – they should be part of a standard discipleship program. Some examples of ministries that address ‘general mobilization’ would be Revealing His Glory, the Kairos course and Perspectives.

Level Two, I call ‘Specific Mobilization’. This is where world Christians begin to discover the opportunities to serve – the training pathways for ministry preparation and the pathways to engage in ministry. Reputable ministries which include mission agencies have developed these pathways. In reference to mission agencies, the training and pathways would relate primarily to their mission’s vision. Some examples would be Frontiers and Pioneers for Muslim ministry and Wycliffe for Bible Translation. 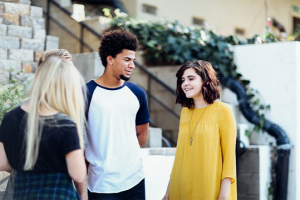 Most agencies have their ‘Mobilizers’ but on closer examination they can better be described as ‘Recruiters’. Most would be recruiting for level-two and level-three involvement!  This is not a negative, in fact quite the opposite, but it is important to identify this as level two and three mobilization and not level one!

A friend who was a national Director of a mission agency was asked to speak about their ministry to Muslim peoples to a local church. He travelled several days to get to the church but upon arrival discovered that they knew nothing about missions. This forced him to teach on the ABCs of mission and then conclude with what his agency was doing!  Is this an isolated case or the ‘all too common experience’ of most level two mobilizers?

The Critical Need for General Mobilization

One of the important goals of ‘general mobilization’ is to ensure that level two mobilizers have fertile fields to work in and ripened fields to harvest from.

Here, in the Philippines, we have discovered that in the 90s general mobilization was the emphasis. As a result “recruitment was easy”, in the words of one agency Director. From 2000 and beyond, level two mobilization became the emphasis – new agencies began being formed and many international agencies began setting up base – realizing that the Philippines is a nation of ‘goers’. The struggle today, however, is that recruitment is quite a challenge. Why? Has God moved onto other things? Not at all – the answer is quite simple – level one mobilization has been neglected!

Each generation needs ‘general mobilization’. We neglect it at our peril! A generation could be as narrow as three to five years!

Currently, here in the Philippines, by God’s grace, we are in the process of changing this situation. There are 77,000 churches in the Philippines. It is our goal that all these churches embrace the Kairos course as a standard component of their local church’s discipleship program! We are also working at seeing Perspectives established to add greater depth to the missions movement in the country!

The ‘Tribe of Mobilizers’ and General Mobilization

The greatest need today, as I see it, among all churches, throughout the world, is for the formation and equipping of a ‘Tribe of Mobilizers’ – mobilizers who see general mobilization (level one mobilization) as their primary calling, with a tool box of quality tools and with the skills to use them!

We cannot fully imagine the significance or grasp the full impact such a ‘Tribe’ or ‘company of prophets’ would have on the mobilization of the Body of Christ! But take a few moments to reflect on this possibility and the army of Ezekiel 37 – coming together, marching shoulder to shoulder under our Great Commander – fulfilling the Commission He gave, in a generation. The ratio of least-reached peoples to local churches is about 1 to 580 in favor of local churches! It can be done – mobilization and ‘general mobilization’ is the key!

Max Chismon is the International Director of Simply Mobilizing International (SMI). He and his wife founded the organization in response to a clear call to help mobilize the Filipino Church towards cross-cultural ministry to unreached peoples.
PrevPrevious PostAs Mobilizers We Need To Clarify Our Message
Next PostMobilization Involves All the MinistriesNext