I tried this approach once in Ghana. I decided to wait for two more trials to be able to give this new approach a fair assessment. This recent trip to Gabon has provided that opportunity. I asked for the material cost of the Mobi seminar to be included in the registration for the Kairos course, so participants wouldn’t have to pay anything again. 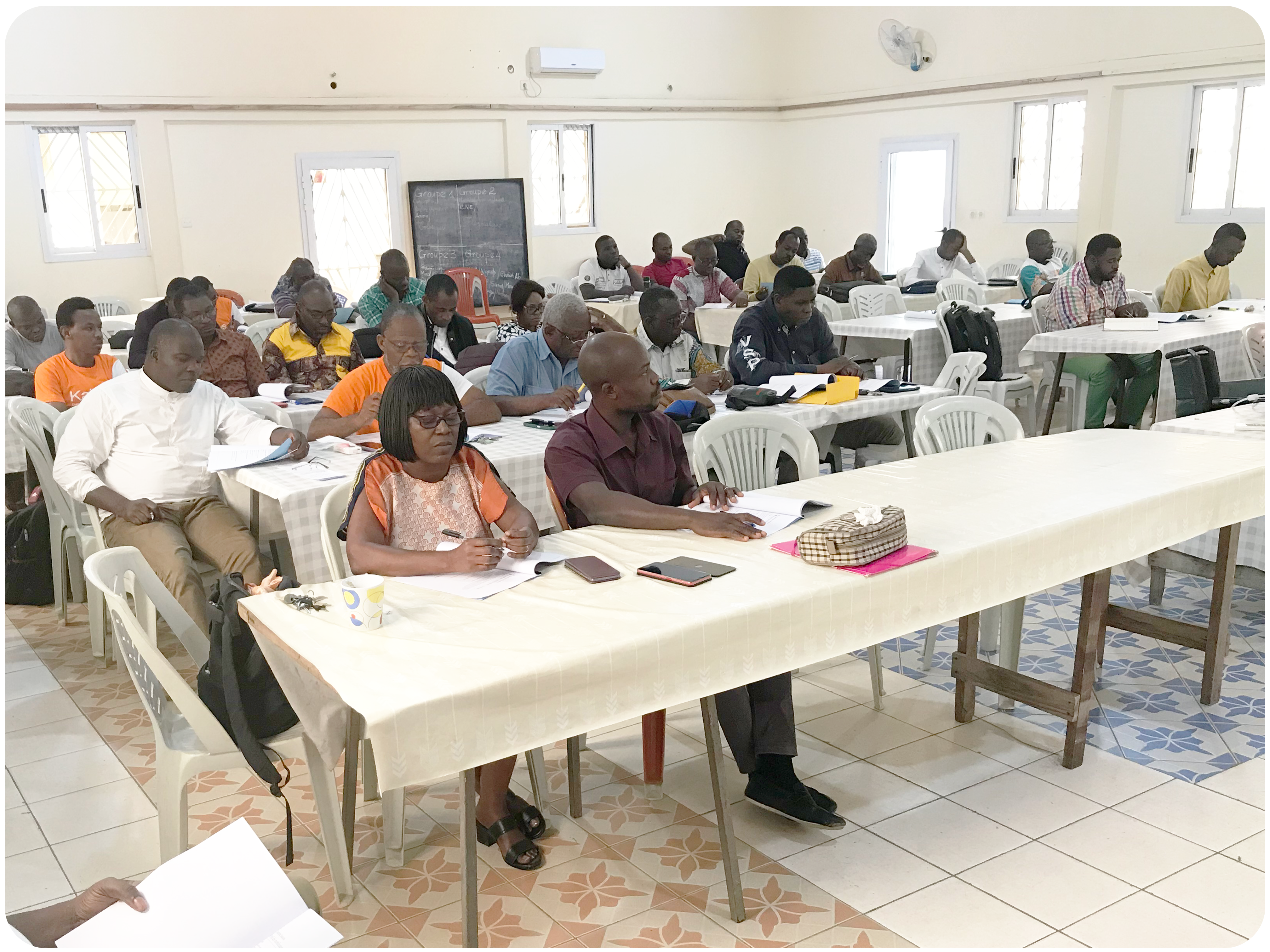 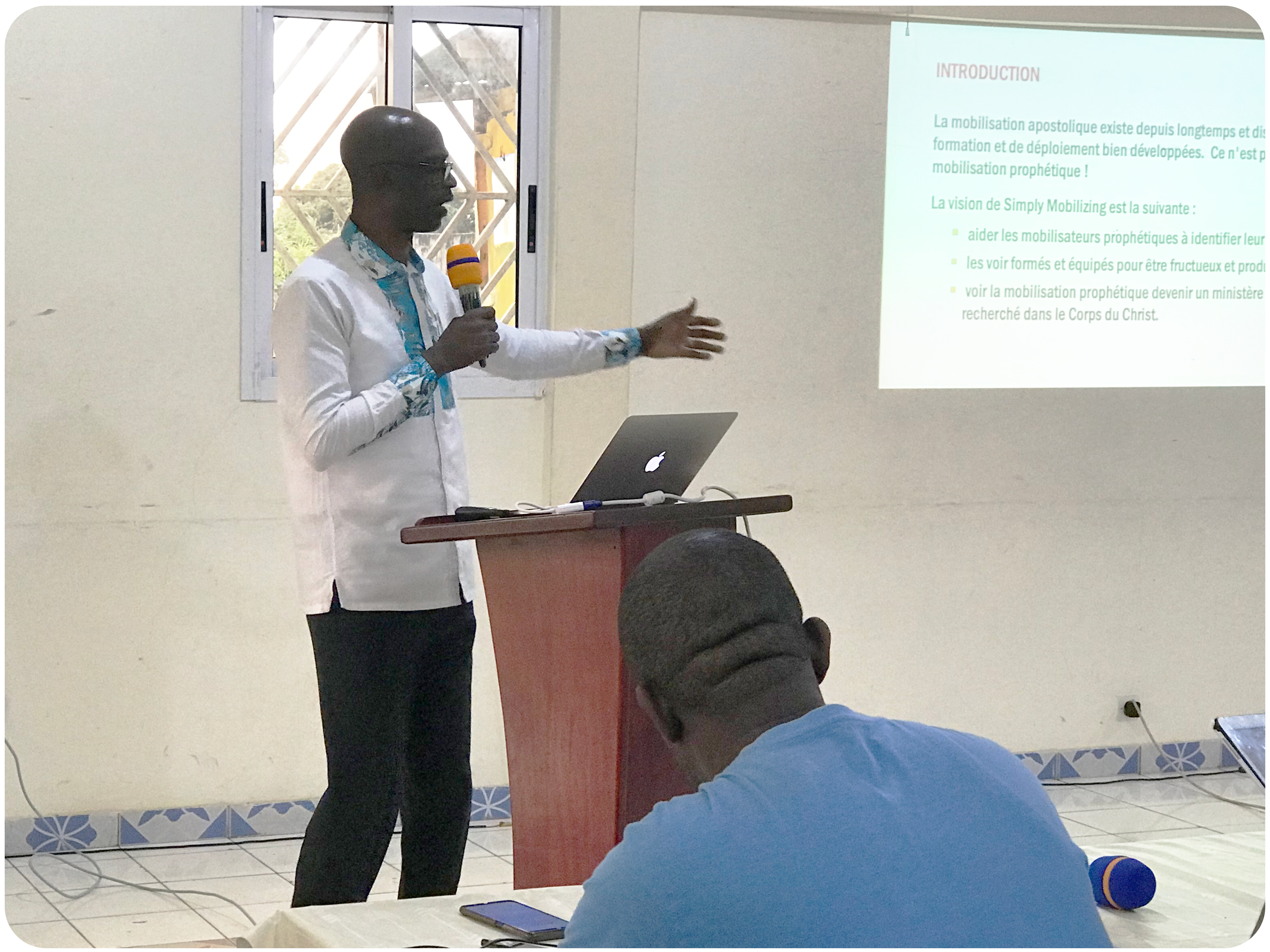 We run the Kairos intensive courses at Libreville and Mouila. In one of the days, the participants were given an overview of the SM courses and encouraged to stay on for the Mobi 101 seminar. After the Kairos graduation, we had a 2-hour break and continued with the Mobi seminar. We did sessions 1 & 2 Friday afternoon, and the rest Saturday morning. We ended by Saturday noon.

At Libreville, 52 participants graduated from the Kairos course. There were a few dropouts from the Mobi seminar, but facilitators who had done Kairos and FTC elsewhere also joined. We had 51 graduating from Mobi 101. Thirty-four went on to do FTC. Then we went to Mouila. News about the Kairos course in Libreville had spread. There was a minute and a half broadcast on national TV, thanks to a journalist who took part in the course. At Mouila, there were 69 Kairos graduates with 66 for Mobi 101. Again, a few new Kairos graduates couldn’t join the Mobi seminar, but they were replaced by others from the Libreville course and 3 older Kairos facilitators. The FTC produced 40 graduates.

I did a little survey, first with my facilitating team, to find out their views of where to place Mobi 101. They unanimously advocated for Mobi 101 before FTC. They said that would give a better understanding of the ministry of mobilization and help the facilitator be better engaged in mobilization. For the new Kairos graduates, those interviewed said the Mobi 101 seminar has helped them understand the mobilization pathway and clarified their next steps.

I have personally been impacted. I believe this is the solution to the challenge many Kairos graduates encounter not knowing exactly what to do after the course. We end the Kairos course with the Dam devotion but Mobi 101 gives a better idea about what to do next. Also, facilitators would understand that they are first mobilizers before being facilitators. With the Mobi group gatherings, we are looking at what is best for our situations, online or in-person.

“Mobi 101 has given direction to the love of missions that has grown within me. In a practical way, I now understand the next step in mobilization, especially Level 1 Mobilization.” – Yodina

“Mobi 101 has helped me to understand my ministry and how to do it.” – Berthe

“Doing Mobi 101 just after the Kairos course and before FTC is the way to go. In Ivory Coast, we have more than 200 facilitators who are idle because they do not understand the ministry of mobilization.” – Abel (a member of Ivory Coast NCT and a facilitator of the Gabon courses)

“As an old facilitator, Mobi 101 has clarified my understanding of how to mobilize the church.” – Victor