Ian V. Calo was part of Kairos and Simply Mobilizing International (SMI) for two decades. He passed away February this year from colon cancer. Aside from his involvement with SMI, he was also a pastor of Vineyard Church in Butuan City. 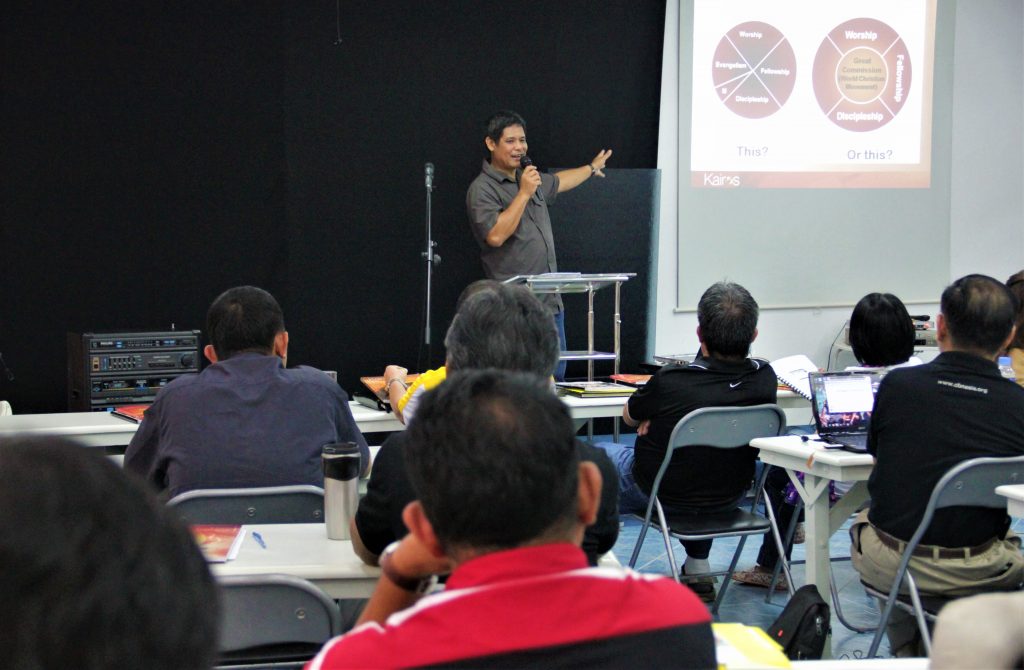 Below are excerpts from the tributes given in Ian’s memory during the Global Development Consultation held last March.

Max Chismon, SM International Director:
God brought Ian into our lives and at a time when the Lord was building a ‘missions movement’ in the Philippines and through Kairos into many countries of the world. Ian played a major role in a heavenly vision becoming an earthly reality! I don’t think there was an HF, in the Philippines, who ran more courses, than Ian did. And he was the first staff member to take Kairos into another country (Japan).

Ian was a special person. It wasn’t just what he did but who he was! He exhibited a Christ-like character and a selfless abandonment to the cause of Christ, like few others. Ian loved Jesus passionately and he loved his Word and he loved his Body – Jesus’ multi-cultural and multi-faceted Body! And he loved the nations (ethne) of the world!

Ian ran an excellent race and fought a courageous fight! He is now part of the crowd of witnesses urging us on to do the same (Heb 12)! And one can only imagine the joy that is now his (Ps 16:11).

Linda, Harding, SMI Council of Elders and Link Person for Europe:
It was 20 years ago I met Ian, when he brought the CWMC* to Osaka, Japan – first outside of the Philippines. That meeting proved to be a life-changing encounter.

Ian always had a special significant place in my heart – God used him as a catalyst for revelation that realigned my life journey. That week with Ian in 1999 in Japan probably proved to be the most significant moment of my life.

Through meeting Ian, I received the call to level 1 Mobilisation and the  inspiration to see Kairos and SM grow – in more than 60 nations – I see the legacy Ian leaves across Europe and around the world today. You are that.

I thank God that He gave Ian to be such a significant part of my life – I honour him for sowing seed of which everyone of you are fruit. Ian was like a son – I pray that I have his courage to ‘fight the good fight of faith’ as he did – that would be the greatest tribute to him.