Should Mobilizers be ‘Full Time’?

The rediscovery of a vital expression of the ministry of the Prophet, as a Mobilizer, will undoubtedly prove to be a catalyst for a significant surge in the participation by the Body of Christ in the world Christian movement —

—  once, that is, the Mobilizers are identified, equipped, released into ministry and become a coherent ministry expression. (Tribe!)

The world Christian movement demands that Christians interact with people and with peoples through their work and through social and community activities. This involves the ministry OF the Church or being ‘salt’ and ‘light’. (Mt 5:13-14)

Most of the fivefold ministries of the New Testament (Eph 4:11), including that of the Prophet/Mobilizer, would, I believe, be most effective when engaged  ‘full time’ – without the distraction of having to seek other employment for financial needs! There will always be some exceptions to this, and I know of some personally, but in general, I believe we need to see Mobilizers released full time to this critical ministry in this critical time!

There already are many of the fivefold ministries that, in general, follow a pattern of fulltime employment in their ministry to the Body of Christ and are supported by the community of God’s people. I would like to suggest that the ministry of the Prophet/Mobilizer be included among them!

The fact that Jesus went ‘full time’ and demanded that his followers – those he called apostles – do the same (Mt 19:16-22), suggests that Jesus not only did this for his immediate ministry but as a model for the Church to follow! 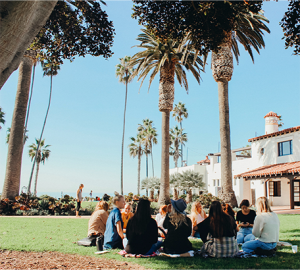 In every generation, I believe, there are those whom God calls to ‘leave their nets’ to follow Him!

In fact, when those whom God calls to ‘leave their nets’, are prevented from doing so, due to income concerns, the work of God falls into decline (Neh 13:10-12).

Of significance to us, is the ministry of the Prophet! Can you think of any of the Old Testament Prophets, who exercised the most common of prophetic ministries, which was to bring God’s people back to God and to obedience and to service, who were not full time?

Mobilizers are prophets, called to draw God’s people back to God, to a place of devotion and obedience. There are people who mobilize and then there are Mobilizers who mobilize – the latter minister most effectively, in general, when they are full time!

The Fallacy of Multitasking

I was somewhat taken aback recently when a particular news report came on a cable news channel that I was watching at the time, dismissing the ‘so called’ benefits of multitasking – often attributed to people of exceptional ability. The report concluded that multitasking done by whoever is never as effective as a single focus on one task!

The benefits of ‘full time’ Mobilizers, as I see it, would be:

Are there other benefits you can think of?

Make a comment and let me know, or make a comment reflecting a different view on this subject!  Would love to hear from you!

Max Chismon is the International Director of Simply Mobilizing International (SMI). He and his wife founded the organization in response to a clear call to help mobilize the Filipino Church towards cross-cultural ministry to unreached peoples.
PrevPrevious PostDo We Need Schools for Mobilizers?
Next PostWhat Makes the Devil Really Mad?Next