What Makes the Devil Really Mad?

He becomes ‘madder than hell’ when believers catch the full reason for why they have been saved and begin living and serving appropriately!

The Devil is as ‘mad as hell,’ excuse the expression, when people are snatched from his Kingdom and ushered into the Kingdom of Christ. He becomes ‘madder than hell’ when believers catch the full reason for why they have been saved and begin living and serving appropriately!

Two major spiritual battles are prominent in scripture – getting people saved and getting the saved living for the reason why they have been saved. This captures the heart and soul of spiritual warfare in both the Old and New Testaments.

In the Old Testament it was far easier getting the Hebrews out of Egypt than it was getting Egypt out of the Hebrews and living as God’s chosen people. Only one Prophet (Moses) was needed to bring them out of Egypt, but scores of Prophets have been needed, throughout the ages, to bring God’s people to a place of obedience and service!

In the New Testament, we see the Devil contesting the birth of the Messiah – Jesus was taken to Egypt and escaped the Devil’s devious plan to take his life, (unfortunately hundreds, possibly thousands, of other young boys were not so fortunate, Mt 2:13-16). Having failed, the Devil ‘cut his losses’ and focused elsewhere until his fury was once again aroused, when at the age of thirty, Jesus quit his job as a carpenter and began his public ministry. 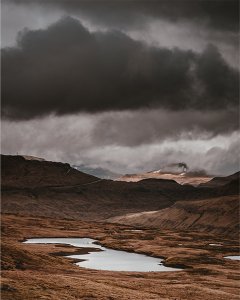 During the ‘temptations in the wilderness’, the Devil threw everything at Jesus, trying to nullify the potentially devastating effect Christ’s ministry would have on his Kingdom. It is important to note here, that the Devil was not challenging Christ’s ‘sonship’ but his service! The Greek construction of this phrase reads, “Since you are the Son of God” (Mt 4: 3 Bible Believers Commentary) an allusion, by the Devil, to the Father’s words to Jesus at his baptism, “This is my beloved son.” (Mt 3:17)

Due to the fact that God’s ‘modus operandi’ of reconciling to Himself ‘people’ and ‘peoples’, is through those he has already reconciled (2Co 5:18-20), our ‘service’ – participation in the world Christian movement – will ALWAYS be hotly contested by the Devil!

Mobilizers/Prophets, don’t expect an ‘easy ride’ with your mobilization ministry! Don’t expect the Body of Christ to welcome you with open arms! The Devil will hotly contest every inch and every forward step you take (Zech 3:1 KJV).

Apathy to mobilization has all to do with spiritual warfare!

We don’t wrestle against flesh and blood. It is not people (God’s people) we are contending with, so don’t take this struggle personally. Our fight is always with powerful (yet defeated) spiritual forces in heavenly places ((Eph 6:12). We must first secure our victories through intercession before we will see physical changes take place and God’s people responding positively to the idea of participation in the world Christian movement.

For this reason alone we need Tribes of Mobilizers. We need the support of others who understand the purpose, the journey and the battles uniquely associated with the prophetic ministry of mobilization!

Max Chismon is the International Director of Simply Mobilizing International (SMI). He and his wife founded the organization in response to a clear call to help mobilize the Filipino Church towards cross-cultural ministry to unreached peoples.
PrevPrevious PostShould Mobilizers be ‘Full Time’?
Next PostThe Time is NOWNext