It involved five East Asia countries and an additional seven language diaspora countries. A total of 142 delegates attended the event.

The program was full and consisted of training on the SM courses (ETI, TUS, Mobi 101, Interface and Crossing Cultures), meetings with country NCTs and setting up the East Asia Forum. Language was a challenge with four main languages in use – Mandarin, Cantonese, Korean and English!

As with other regional conferences, the country reports were a highlight. There have been many encouraging developments with one of the countries now running over 170 Kairos courses a year!  Mixed into the reports, of course, were the challenges – many were similar to what all regions face but with some unique to East Asia.

Each country was prayed for, following the reports, and it seemed that everyone left the Conference feeling inspired, empowered and re-envisioned!

The Hong Kong NCT teamed up with the staff of Asian Outreach to organize the successful event. 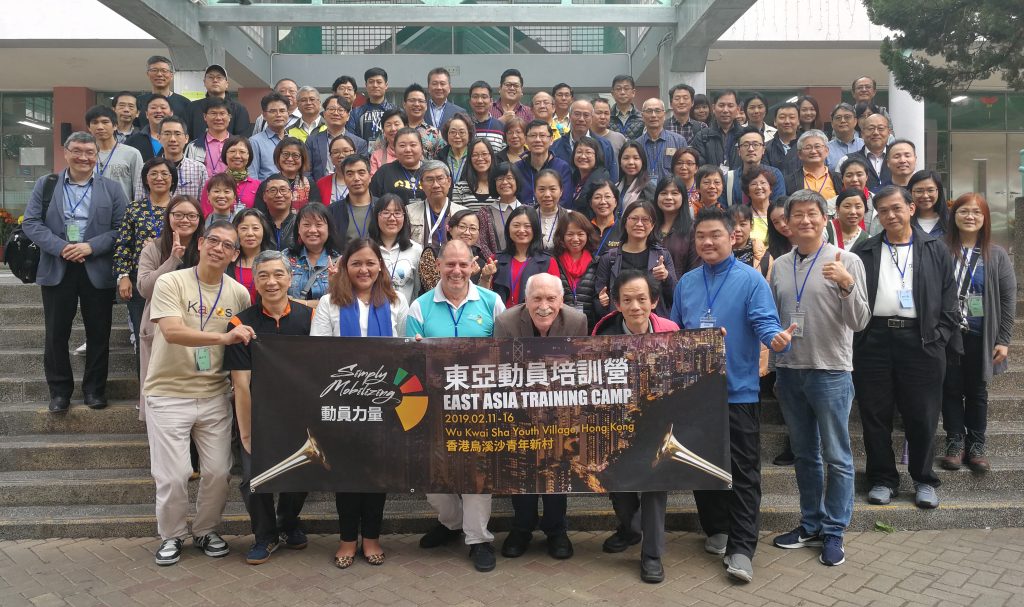