The Things That MUST HAPPEN Before The Lord Will Return

Personally, I have never believed the second coming of Christ depended on the arrival of a fixed date.

That is not to say that God, in His infinite knowledge, doesn’t know the exact day when Jesus will return (Ac 1:7). THAT DAY, I believe, is determined far more by the fulfillment of God’s purposes than it is by the arrival of a date on a calendar! God’s ‘time table’ is far more a ‘task table’ than it is ‘the big hand and the little hand of a big clock in the sky striking twelve’!

Jesus promised to be with His disciples until the end of the age (Mt 28:20). This age will one day come to an end and eternal ages will begin (1Co 10:11, Heb 6:5). Below I have highlighted four things that MUST happen for this age to end. These four things provide a glimpse into the purpose of God!

The Old Testament is replete with promises of a world-wide ingathering of peoples and people into God’s Kingdom (Gen12:2-3, Ps 22:27, Isa 49:6). The New Testament marked the launch, the outworking and the fulfillment of these promises. It makes sense that Christ’s return would come following the full ingathering of his harvest – mission accomplished!

There is no clearer answer to the question, “When will Jesus return?” than the record of Jesus’ own testimony in Mathew chapter 24. In this passage Jesus answered the three questions asked by a group of his disciples. As Jesus was sitting on the Mount of Olives, the disciples came to him privately. “Tell us,” they said, “when will this happen, and what will be the sign of your coming and of the end of the age?” (Mat 24:3)

The first question, “When will this happen,” was in reference to the destruction of the Temple (verses 1 and 2). This took place in AD 70 when the Roman General Titus and his army sacked Jerusalem, destroying the temple. The second and third questions are connected. To these questions Jesus gave the signs of the approach of his coming (the beginning of birth pains :8) such as wars, famines etc, followed by the sign of his coming, the gospel having been preached in all the world and having been a testimony or witness to all nations (people groups). This would conclude the ‘task’ and the end would come (Mt 24:14).

The Apostle Peter says something similar when responding to criticism that Christ’s return had not yet happened. “The Lord is not slow in keeping his promise, as some understand slowness. He is patient with you, not wanting anyone to perish, but everyone to come to repentance (2Pe 3:9). Clearly, the return of Christ is connected to world Evangelization. Peter repeats his argument several verses later by saying, “Bear in mind that our Lord’s patience means salvation” (2Pe 3:15).

2. The Preparation of the Bride

The parable Jesus gave of the ten virgins – five wise and five foolish (Mt 25) tells us that the groom delayed his coming. The only logical answer as to why an excited groom would delay on such an occasion would be that the bride was unprepared! In the book of Revelation John gives us the most exciting scripture in the entire Bible, “Let us rejoice and be glad and give him glory! For the wedding of the Lamb has come, and his bride has made herself ready.” (Rev 19:7)

Jesus is coming back for a bride without spot or wrinkle (Eph 5:27) and for a Church having attained the ‘whole measure of the fullness of Christ’ (Eph 4:13). Personally, I believe that our participation in the ‘Great Commission’ that Jesus gave to the Church, is our pathway to maturity. It is similar to the ‘beauty preparations’ provide for Esther (Est 2) in her preparation of her marriage to King Xerxes, King of Persia.

3. The Maturity of Evil 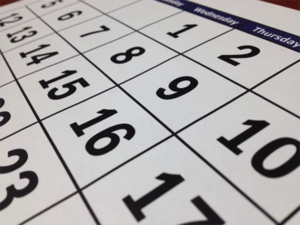 Paul talks much about the ‘mystery of iniquity or lawlessness’ (2Thes 2:7). Lawlessness must reach its maturity before Christ can return, “Concerning the coming of our Lord Jesus Christ…Don’t let anyone deceive you in any way, for that day will not come until the rebellion occurs and the man of lawlessness is revealed, the man doomed to destruction.” (2Th 2:1-3)

The maturing of His Church and the maturing of iniquity will coincide – both are ripening for harvest – one for glory and the other for destruction.

There is precedence for this – Abraham’s descendants had to ‘cool their heels’ in Egypt for 400 years because “the sin of the Amorites has not yet reached its full measure” Gen 15:16. During those years in Egypt (world) however, a nation was being formed in readiness for a ‘promised land’ (new heavens and new earth).

4. The Ingathering of the Jewish Harvest

The end of the age will mark the end of the harvest season of the Gentiles and the beginning of the harvest season for the Jews . “I do not want you to be ignorant of this mystery, brothers, so that you may not be conceited: Israel has experienced a hardening in part until the full number of the Gentiles has come in. And so all Israel will be saved, as it is written: “The deliverer will come from Zion; he will turn godlessness away from Jacob. (Ro 11:25-26)

It could be argued that Jesus, personally, will reap this harvest at His coming. When he returns they will say, “Blessed is he who comes in the name of the LORD.” (Psa 118:26). The Jews knew that Psalm 118 was a Messianic Psalm. They knew it spoke of the coming of the Messiah, that is why they sang it when Jesus entered Jerusalem (Mat 21:9, Mk11:9, Jn 12:13). Their expectation was of a conquering King not a suffering servant, hence their later rejection of him!

In Jerusalem, several days later, Jesus lamented his rejection by the Jews and wept over Jerusalem expressing his longing to have gathered them as a hen gathers her chicks but they would not so he says, “Look, your house is left to you desolate. For I tell you, you will not see me again until you say, ‘Blessed is he who comes in the name of the Lord.’” (Mt 23:38-39)

In summary, Christ will return when God’s full agenda for this age is complete. Of that agenda our part is world evangelization, people group by people group and our preparation as Christ’s Bride to be his companion throughout eternal ages! The other components of His agenda, in my opinion, are in His sovereign hands!

When we survey the global Church today, it is of grave concern to see the Church, in general, majoring on minors and minoring on majors! The reason for this is plain and simple – absent from the ministries in the Church has been the ministry of the Prophets. Until Mobilizers become a recognized and functioning Tribe within the Holy Nation – the chances are, sadly, not a lot is going to change!

Max Chismon is the International Director of Simply Mobilizing International (SMI). He and his wife founded the organization in response to a clear call to help mobilize the Filipino Church towards cross-cultural ministry to unreached peoples.
PrevPrevious PostThe World Christian Movement – A Double Edged Sword
Next PostCritical Issues: Defining ‘Mission’ and Mission TermsNext