The Time is NOW

One of the many things Mobilizers have in common with each other is the unshakeable belief that the time for God’s people to be actively engaged in the world Christian movement is NOW!

Jesus was emphatic in his declaration that the time is NOW.

“Do you not say, ‘Four months more and then the harvest’? I tell you, open your eyes and look at the fields! They are ripe for harvest.” (Jn 4:35)

Excuses as to why the time is NOT now have never been in short supply and often cloaked in robes of spirituality. Excuses, put forward by God’s people, have delayed world evangelization, far more so than any direct spiritual attack coming from the enemy.

In Jesus’ time the popular excuse seemed to be the one he addressed in the scripture quoted above, “There is a special season for mission and we must wait for it.” When it comes to world Christian mission – the season is always NOW!

Each generation of the Church is presented with a portion of the global harvest to bring in unreached people groups and unsaved people. The work of harvesting must begin NOW!

William Carey, in his generation, confronted the dominant excuse of his day, that God would save the heathen through some sovereign act without the Church’s involvement. When he made a passionate plea to church leaders to engage in world mission, he was chided by a senior pastor with the words, “Sit down young man, when God decides to save the heathen he will do it without your help or ours.”

Undaunted, Carey continued to trumpet his call to missions with persuasive argument through preaching, writing and dialogue. The result was that Carey became a catalyst for the first era of the modern missionary movement, resulting in scores of mission agencies being established that facilitated the sending of thousands of missionaries to the unevangelized regions of the world. Carey has been most notably described as an Apostle/Missionary but first, and perhaps foremost, Carey was a Prophet/Mobilizer! 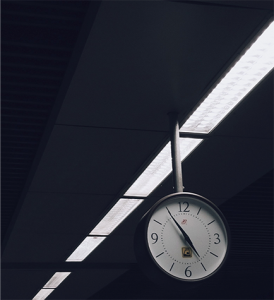 Haggai the Prophet/Mobilizer faced the same debilitating and paralyzing ‘excuses’ in his day that had resulted in the work of God coming to a standstill. The people had concluded that the time was NOT now – the conditions were not right! (Hag 1:2) “These people say, ‘The time has not yet come for the LORD’s house to be built.’”

In response, God stepped in with His ‘not so secret weapon’, the Prophet/Mobilizer. Then the word of the LORD came through the prophet Haggai: “Is it a time for you yourselves to be living in your paneled houses, while this house (God’s House) remains a ruin?” (Hag 1:3-4)

The Prophet/Mobilizer continued his message, “This is what the LORD Almighty says: ‘Give careful thought to your ways. Go up into the mountains and bring down timber and build the house, so that I may take pleasure in it and be honored,’ says the LORD.” (Hag 1:7-8) The people responded positively, (Hag 1:12)

“Then Zerubbabel son of Shealtiel, Joshua son of Jehozadak, the high priest, and the whole remnant of the people obeyed the voice of the LORD their God.” Work began once again on the ‘House of God’ and was completed (Ezra 6:14).

In this generation we are confronted with over six thousand people groups without a viable, indigenous Church (www.joshuaproject.net) and millions of unsaved people in reached people groups. We also have a Church of over 600,000,000 followers of Jesus on every continent, in every country and in close proximity to the world’s remaining unreached and unsaved! What’s needed is mobilization because the time is NOW!

Of all the ministries gifted to the Church by the ascended Christ (Eph 4:11) – it is only the Prophet/Mobilizer that is struggling to gain credible acceptance and full expression!

Until this happens, the chances are, God’s people, in general, will continue focusing on their ‘paneled houses’ and God’s House which is a House of Prayer for all Nations (Isa 56:7, Mk 11:17) will continue to await the arrival of this ‘special season’ or until other ‘current excuses’ are challenged.

Mobilizers, ARISE because the time is NOW!

Max Chismon is the International Director of Simply Mobilizing International (SMI). He and his wife founded the organization in response to a clear call to help mobilize the Filipino Church towards cross-cultural ministry to unreached peoples.
PrevPrevious PostWhat Makes the Devil Really Mad?
Next PostUnderstanding the Foundation Upon Which the Church is BuiltNext