For each one of us, 2020 has been very different from what we had expected. We were all going ahead with various plans we had made for the year, and then city by city, country by country, things began to change. It’s a great example of what Ralph Winter refers to as a ‘new chronology’.

For me, I was expecting to be away from home most of last year. My wife (Marion) and I arrived in the SMI Center (Butuan City, The Philippines) in early March. By then Covid-19, had been wreaking havoc in a few cities and countries, but it really hadn’t made us change our plans. At the end of February there were fewer than 10 Covid-19 cases in the Philippines.

However, a week after we arrived, that all changed, and Manila went into lockdown. This meant that domestic flights could not fly to Manila for at least a month. Marion and I decided we should return home, and we secured seats on one of the last flights from Butuan to Manila, and the last two seats on a flight back to Australia.

Arriving home in Australia, we agreed to a 14-day mandatory quarantine period. By the time it had finished, we were in a country-wide lock-down, and even as restrictions were relaxed we were still advised to stay home as much as possible.

During that period of ‘house-arrest,’ I began tackling our grass patches. Years of neglect had allowed our grass to become weed-patches with traces of grass! Much to the delight of the rest of my family, my months of ‘house-arrest’ has transformed our grounds into a very nice yard. 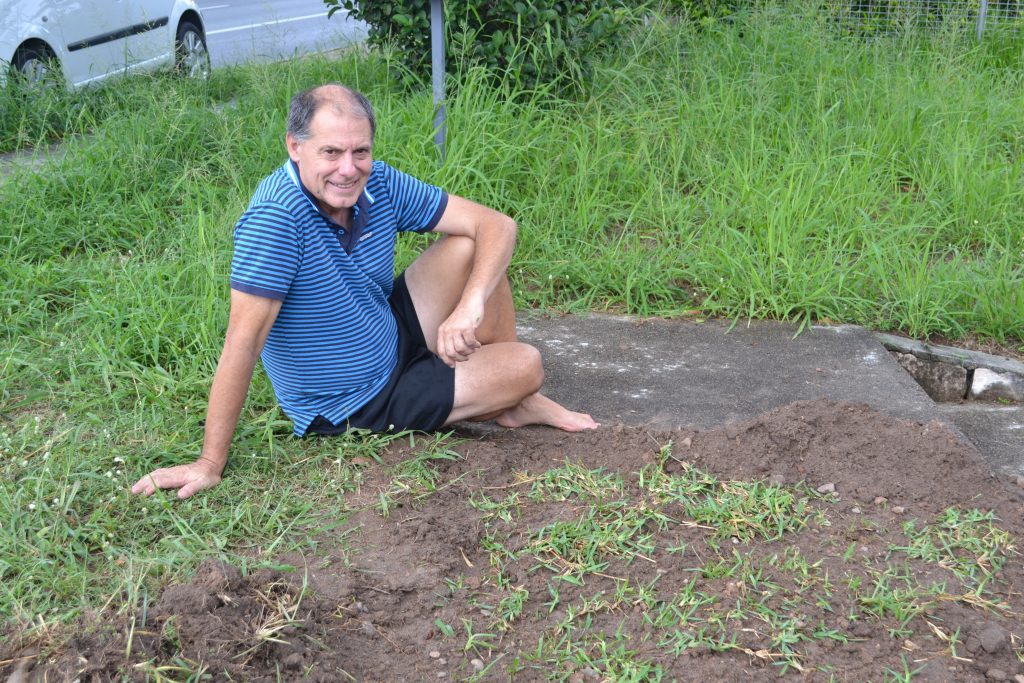 Over the months, I observed that our neighbours on both sides also had weed patch problems, like I had. Knowing that I am blessed to be a blessing, I offered to help both of them. In the providence of God, the neighbours on one side has been concerned about the growth rate of his weeds, and had no idea how to improve his yard. With my help, their front yard is now starting to look great.

I do not consider myself a gardener and I have never sensed that I am gifted in this area. I do not particularly enjoy the hard work needed to dig up weeds, and work hard clay. However, God has gifted me in two special ways. Firstly, I have a God-given ability to envisage and dream what we want to achieve. Secondly, I am gifted with a logic that allows me to work away at a multitude of tasks – changing priorities as the need arises. I am therefore not easily daunted by large projects, and I love using my abilities to transform disorder into beauty.

That is why I have enjoyed working in my yard, and also in my neighbour’s yard. It is also why I love my calling to serve as part of Simply Mobilizing. Like many of us, I have sought to use the areas of my giftedness to help grow SM teams around the world. I have had to learn new skills and I have grown into roles that might not have been my first choice. We often refer to SM as a ship that God is building out at sea. That image really captures the essence of what is happening in SM. That concerns some people, but it excites me. We are building this ship together. God has given clear indication that he desires to mobilize church after church into a mighty army.