Interpreting Scripture in the Context of Mission

Scripture must be interpreted in the context of mission!

Wow, quite a statement, and one that not all seminary professors might be comfortable with, nor most pastors, I would hasten to add! In fact, I would surmise that the vast majority of church leaders today, regardless of their field of leadership, would quite possibly find the above statement rather extreme, to say the least.

If my perceived negative response to the suggestion that scripture ought to be interpreted in the context of mission be correct – and I’m sure it is – then we have just highlighted the core issue and most significant problem we face in mobilization today.

The fact is, Jesus, the ‘living logos of God,’ insisted that God’s word be interpreted in the context of mission! To interpret scripture any other way would be to miss the point as to why scripture was given to us in the first place.

Before we go on to examine the teaching of Jesus, in this regard, let’s take a broad sweep through scripture, as an appetizer, to see why interpreting scripture in the context of mission, makes just so much sense!

Little wonder then that Jesus in his upper room discourse, with only days remaining  with his disciples, hammered home to them His insistence that they interpreted scripture in the context of mission. 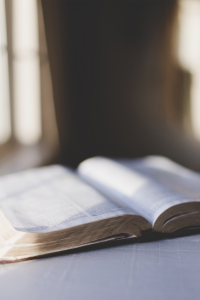 In that upper room discourse Jesus did something, we would all wish, I’m sure, that he would do for each of us. He opened the disciples minds to understand the scriptures (Lk 24:45)!  Wow, what a moment that must have been. Imagine the ‘incarnate word of God’ opening the disciples minds to understand Genesis to Malachi? The good news for us is, either Luke was there or he got a first hand report of what Jesus had said and documented this discourse. Thank you, Luke! Either way, Luke’s documentation is, for us, as good as being there in person!

Now pay careful attention! Luke records Jesus as saying the following, “He told them, “This is what is written (Genesis to Malachi): The Christ will suffer and rise from the dead on the third day, and repentance and forgiveness of sins will be preached in his name to all nations, beginning at Jerusalem” (Lk 24: 46-47).

Professor Christopher Wright, in commenting on this passage explains that Jesus often quoted Old Testament scripture. On this occasion however, Wright points out that Jesus was not quoting any specific passage from the Old Testament – rather he was summarizing all of the Old Testament and in doing so he placed the entire canon of scripture, squarely under the heading of MISSION! Or, we could use that helpful phrase, “the finished work of Christ and the unfinished work of Christ” – his death and resurrection and the proclamation of his death and resurrection among all nations. Christopher Wright points out that what Jesus was saying to his disciples was very clear and very pointed. He was saying that they should interpret scripture and understand scripture in the context of mission.

Failure to approach scripture this way has shown to have disastrous consequences. The Pharisees, for example, ‘knew the scriptures; but they failed to ‘understand the scriptures’. Not only did they not recognize the one whom they had been waiting for and with great expectation. They persecuted Him for doing the very thing scripture prophesied that He would do!

It could be argued, and very strongly so, that the early Church interpreted scripture the way in which Jesus both modeled and instructed. By AD 100 (a relatively short time after Pentecost – less than 70yrs), one local church, numbering initially, a mere 120 disciples (Ac 1:15), planted Christian communities encircling the Mediterranean from Italy (Rome) all the way to North Africa (Libya). This incredible expansion continued until the 4th century at which point mission quite tragically got relegated to a Bible truth – no longer the main biblical theme. We have been struggling ever since to correct this shortsighted misunderstanding of scripture with only scant success!

Today, the Church goes only as far as to believe that mission is based in the Bible – just one of many such noble truths. If ‘some’ get involved in mission, we celebrate, because we expect ‘some’ to get involved, but because mission is just one of many wonderful truths we are quite ok if others do not, in fact, we are quite ok if the majority do not. Such a sad state of affairs is scandalous, to say the least!

The greater tragedy, however, is that most Mobilizers suffer from the same flawed paradigm and theological blindness! Most Mobilizers themselves don’t interpret scripture in the context of mission. As a result we become satisfied with a fairly active department in a local church designated for mission as opposed to the whole church enthusiastically engaged in the world Christian movement.

Mobilizers are ordained of God to be a prophetic voice to the Body of Christ calling all God’s people to sacrificial and meaningful participation in mission. We must start sounding a clear and distinguishable sound rather than continuing the discordant note that we have been dribbling out now for far too long (1Co 14:8).

Is it time for the development of a ‘Mobiology’ to help address this status qua? A status qua that Theology and its many expressions, including Missiology, are not addressing?

I think it is!

Max Chismon is the International Director of Simply Mobilizing International (SMI). He and his wife founded the organization in response to a clear call to help mobilize the Filipino Church towards cross-cultural ministry to unreached peoples.
PrevPrevious PostCritical Issues: Defining ‘Mission’ and Mission Terms
Next PostHas Mission Come Full Circle?Next