Is This The Most Inspired Idea To Accelerate Missions Today? 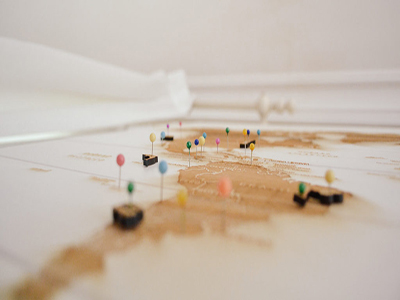 The world Christian movement is my term of choice to describe God’s agenda for this age and therefore the Church’s all consuming occupation on planet earth!

For forty days following his resurrection and prior to his ascension Jesus spoke with his disciples about the Kingdom of God (Ac1:3). One would assume that Jesus, in preparing his disciples for global expansion, would have included some instruction on strategy to ensure that advance happened. Expansion necessitated advancing the Gospel into distant regions, among new peoples with different languages and different cultures – no easy feat!

Overlooked by so many is the fact that Jesus did address this strategy issue!  In his own ministry, Jesus adopted a model used by other global movements of his day, such as the Pharisees, Sadducees, Essenes and also John the Baptist. Known in Hebrew as ‘Khevra’ (company or association), these groups of people were structured for mobility, enabling them to propagate their ‘cause’ to regions beyond. Jesus acknowledged the mobility that the Pharisees had when he said, “You travel over land and sea to win a single convert” (Mt 23:15).

In adopting this approach Jesus was not only facilitating his own ministry in the best way possible but also providing a model for his disciples to replicate.

Jesus started forming his ‘Khevra’ very early on in his ministry – it became a priority!  In Luke 5 we see Jesus interacting with Peter, John and James and presumably Andrew while they were still fisherman and then later with Levi (Matthew) while he was still a tax collector. Similar perhaps to what a football coach might do with players prior to making his team selection. In the following chapter of Luke we find Jesus making his selection and choosing a team of twelve that he would mentor for leadership in the world Christian movement!

Jesus’ ‘Khevra’ gave him and his team mobility. It enabled him to travel throughout the towns and villages of Palestine (Mt 9:35), interacting with a wide range of peoples including Greeks, Romans, Samaritans, Phoenicians as well as, of course, Jews.

Since the world Christian movement was launched on the day of Pentecost until today, Khevra structures have propelled Christ’s Kingdom to every continent and to every country of the world. They have taken on many and varied forms, depending on the need and the understanding of the time.

They have deployed missionaries to the coastlands and inland regions of the unevangelized countries and continents of the world. They have focused on a critical area of need such as Bible Translation and Community Development and championed strategies deemed affective in communicating the gospel such as Radio, Literature and Multi-Media, to name a few.

Since the 1970s when the late Dr Ralph Winter first brought to the attention of the Church the need to understand world evangelization in the context of people groups, a wave of Khevra’s have emerged, such as Frontiers and Pioneers that have focused on reaching specific people groups.

Although significant gains in reaching people groups have been made, the statistics reveal an increase in the number of unreached people groups not a decrease. The fact is we are not keeping pace with the discovery of new people groups without a gospel witness (www.joshuaproject.net).

The most strategic response to this, I believe, is to encourage the emergence of ‘Khevras’ specifically for the purpose of mobilizing the Church for involvement in the world Christian movement.

Call them ‘Mobilizer Khevras’, if you like!  Think about this – it makes sense does it not? If God’s ‘modus operandi’ for reconciling the world to himself is through those who have been reconciled (2Co 5:17-20) and if this is God’s plan A and there is no plan B, then the mobilization of the Church into active engagement in world mission has to be the most effective strategy on the planet!

If this be true then the raising up of the ‘Tribe of Mobilizers’ and the forming of ‘Mobilizer Khevras’ becomes more than just a good idea – it just might be the most innovative, Spirit inspired idea of our time!

Max Chismon is the International Director of Simply Mobilizing. He writes more about mobilization on his blog, MobilizationToday.