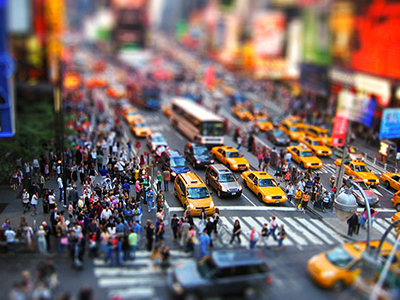 It gets somewhat complicated when we realize that not every individual on the planet speaks the same language or shares the same culture. The barriers of language and culture, and we could include religion here as well, divide us. These less familiar barriers divide us, far more than does geographical distances which, in this age of globalization, has become the least of all the barriers to cross!

In fact, as difficult as the task may now seem, these barriers do have to be crossed. Not to attempt to navigate these obstacles, simply is not an option. This is where the true Biblical apostolic ministry emerges and has done so since the time of the apostle, Paul (2 Cor 10:16). The simple fact is, ‘people cannot be reached until we first reach peoples‘! The initial breakthrough must first take place, through apostolic ministry, whose express purpose is to see formed an indigenous body of believers. This indigenous body of believers then begins phase two of ‘mission’ which is when reached people begin sharing the gospel with their own people. Here the old adage holds true, ‘the harvesters are in the harvest field’!

Leading up to the year 2000, the ‘AD 2000 Movement’ was formed. This movement existed for the sole purpose of encouraging missionary effort to the world’s remaining unreached peoples with the goal of doing so before the year 2000!  The goal was not reached but the effort was huge and bore much fruit. It brought awareness of the need to reach unreached peoples and helped to mobilize countless churches and agencies alike to make unreached peoples a focus and of primary concern.

So, why do we need to keep talking about this subject? The answer is quite simple, ‘if we don’t we forget and we neglect’!  It is somewhat natural to want to share the gospel with people of our own ethnicity once we are saved, such as our family, friends and the people we work with or go to school with. It is quite unnatural, however, to want to do the same with people of a different ethnicity to ourselves, even if they happen to reside in the same neighborhood as us. It’s what Dr Ralph Winter referred to as ‘people blindness’. Unless we are intentional and purposeful in reaching unreached peoples it simply doesn’t get done and the cycle of ‘reaching peoples who can then reach people, who can then reach unreached peoples’ – gets broken!

This generation of the Church is unique. It resides on every inhabitable continent on earth and exists in every country of the world. We are more numerous now than in our entire history. We are more culturally diverse and speak more languages than ever before. We are also closer to the world’s remaining unreached peoples – geographically, linguistically and culturally. The possibility exists, in this generation, to reap the greatest harvest ever and to bring closure to the ‘finishable task’ Jesus gave us to do – if we are mobilized to do so!