The Lost Tribe of the Church 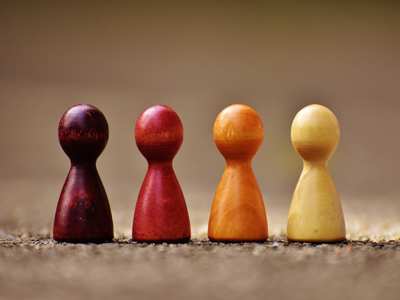 In the 8th Century BC the ten northern tribes of Israel were conquered by the Assyrians and taken into exile. Two hundred years later a similar fate befell the southern tribes of Judah and Benjamin, this time at the hands of the Babylonians.

Seventy years later, King Cyrus provided the opportunity for the southern tribes to return – although possibly around six times as many decided to remain in the land of their exile!

There is no record of the return of any of the northern tribes. There is speculation that a number would probably have allied themselves with Judah and shared in their restoration under Cyrus. But for the most part they are LOST!  The lost tribes of Israel has been a subject of much discussion and speculation ever since!

It is interesting to note however that God promised to restore the tribes of Israel (Ez 20:34), a promise repeated on numerous occasions throughout the Old Testament (Zep 3:20). And James addresses his epistle to the “twelve tribes scattered among the nations” (Jas 1:1). These tribes may be lost to us but not to God and God is able to restore them just as he has promised!

I see a beautiful parallel here, with, what I consider to be, ‘the lost ministry tribe of the Church’. There are five ‘standout’ ministry tribes in the Church. They are Apostles, Prophets, Evangelists, Pastors and Teachers. I call these ‘standout tribes’ because these ministries were specifically given by Jesus to equip God’s people for works of service so the Body of Christ could be built up (Eph 4:11-13).

On a Ministerial Fellowship database there are often select categories such as for pastors, evangelists, teachers, missionaries (apostles) but seldom, if ever, prophets! Again, the reason is mostly due to a faulty understanding of the ministry of a prophet. A correct understanding would be those ministries that are calling the Church back to God – to a place of devotion, obedience and service in fulfilling the Great Commission.  This database category would be labeled, ‘Mobilizers’!

I do believe that, at this time, God is gathering, from the four corners of the earth, His lost tribe of prophets/mobilizers! It’s amazing how many are beginning to realize their primary calling in ministry is to ‘mobilize’. This tribe may have been lost to man but never to God!

Many, like the ten tribes, have discovered some level of restoration by being part of another tribe – the tribe of pastors, teachers missionaries etc. However we are beginning to experience the ‘Kairos’ of the restoration of the tribe of Prophets in their full right, anointing and function in the Body of Christ!

If you are reading this blog – perhaps YOU are one of them!