The Ministry of All Believers for the World Christian Movement 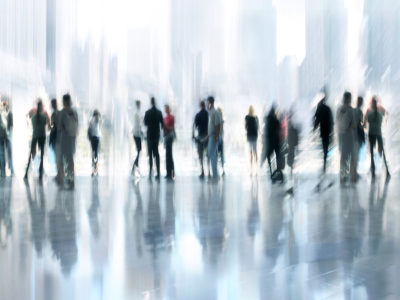 The Old Testament saw select ministries such as prophets, priests and kings, endowed with the Holy Spirit to carry out divine activities within the nation. Nothing more was needed as the worldwide ingathering of peoples and people into God’s Kingdom were only promises and prophecies awaiting the ‘fullness of time,’ (Gal 4:4) when the promised Messiah would come! Moses’ cry that all God’s people would be suitably endowed awaited this “fullness of time,”  “…I wish that all the LORD’s people were prophets and that the LORD would put his Spirit on them!” (Nu 11:29)

It was no coincidence, therefore, that Joel’s prophecy was chosen by the risen Christ to inaugurate the Church age! Written some 800 years before, this prophecy’s time had come! The noise from the celebrations in heaven, as Joel’s prophecy finally bursts onto the stage of human history, must have been deafening!

Acts 2:16-18 and 21  “..this is what was spoken by the prophet Joel: “‘In the last days, God says, I will pour out my Spirit on all people. Your sons and daughters will prophesy, your young men will see visions, your old men will dream dreams. Even on my servants, both men and women, I will pour out my Spirit in those days, and they will prophesy…….and everyone who calls on the name of the Lord will be saved”

This initial outpouring of the Holy Spirit, on the Day of Pentecost, was not on “all people,” as mentioned, but on “all God’s people!” Every one of the 120 believers in the upper room had the Holy Spirit poured out upon them – not one unbeliever was included! However this outpouring upon God’s people very soon resulted in 3000 being saved and this figure quickly rose to 5000! Thus fulfilling the purpose for God’s people being clothed with power from on high (Ac 1:8), ‘And everyone who calls on the name of he Lord will be saved.’ (Ac 2:21)

The approach was clear – God would gather nations and people into His Kingdom through His chosen, redeemed people – not apart from them! The Holy Spirit would convict the world (all people) of sin, righteousness and judgment (Jn 16:8) but the communication of the gospel and the reconciliation of the nations was entrusted to God’s redeemed people!

It was no coincidence that, ‘every nation’ was represented in Jerusalem on this occasion and that the Holy Spirit came as a ‘violent wind’ – an echo from Genesis 28 when God told Jacob his seed would be as dust and would spread out all over the world to bless the nations. From Jerusalem to Judea into Samaria and through ever widening circles, to the ends of the earth!

Blow on us afresh, Holy Spirit, like a ‘mighty wind storm’ (NLT) and scatter us, like dust, to the west, to the east to the north and to the south, that all peoples on earth may be blessed!