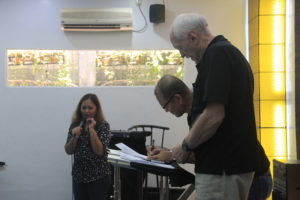 The agreement was signed during the closing session of a five-day Global Development Consultation held on the premises of the SMI international center, April 23-28.